Over 120 years have gone by since the publication of Fyodor Dostoevsky's last novel The Brothers Karamazov. It ends abruptly, breaking off in mid-sentence―as human lives often do. And much of what he wanted to tell us will forever remain shrouded in mystery...
Having a presentiment of his imminent departure from this world, Dostoevsky decided to commit his innermost thoughts to paper. And so he created a masterpiece―a poem called "The Grand Inquisitor". According to one writer of memoirs, Dostoevsky used to say that the subject of that legend was extremely significant to him and that he had nurtured it deep within his heart nearly all his life. Dostoevsky maintained that "The Grand Inquisitor" was the apex of his creative work and that to him it was even more important than the novel The Brothers Karamazov. It would be quite logical to view "The Grand Inquisitor" as Dostoevsky's concluding message to humanity...
―A. R. Basov 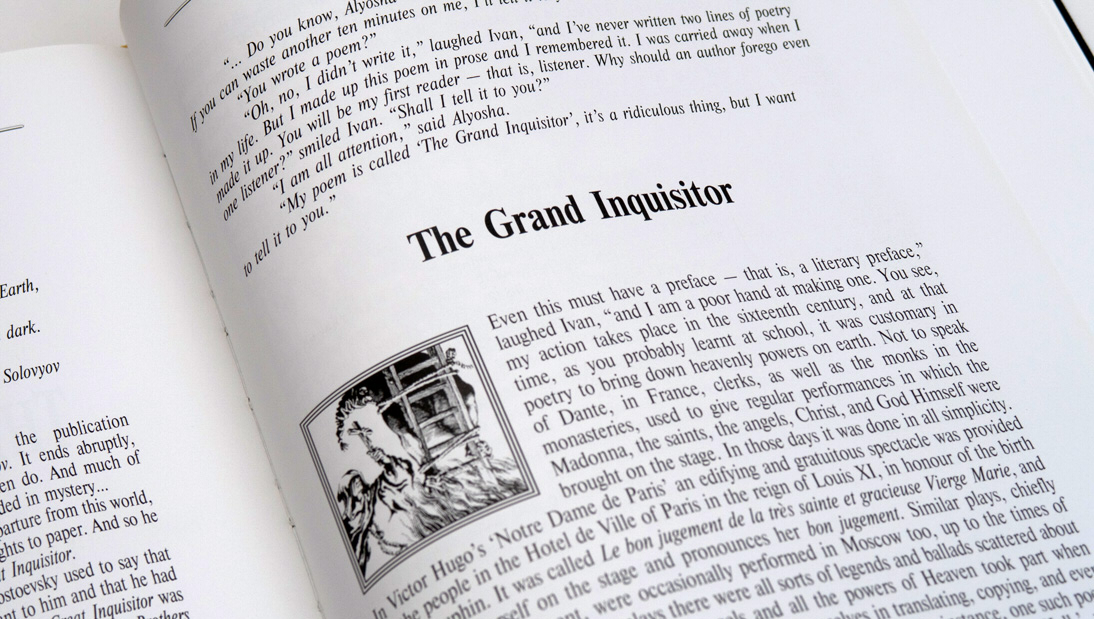 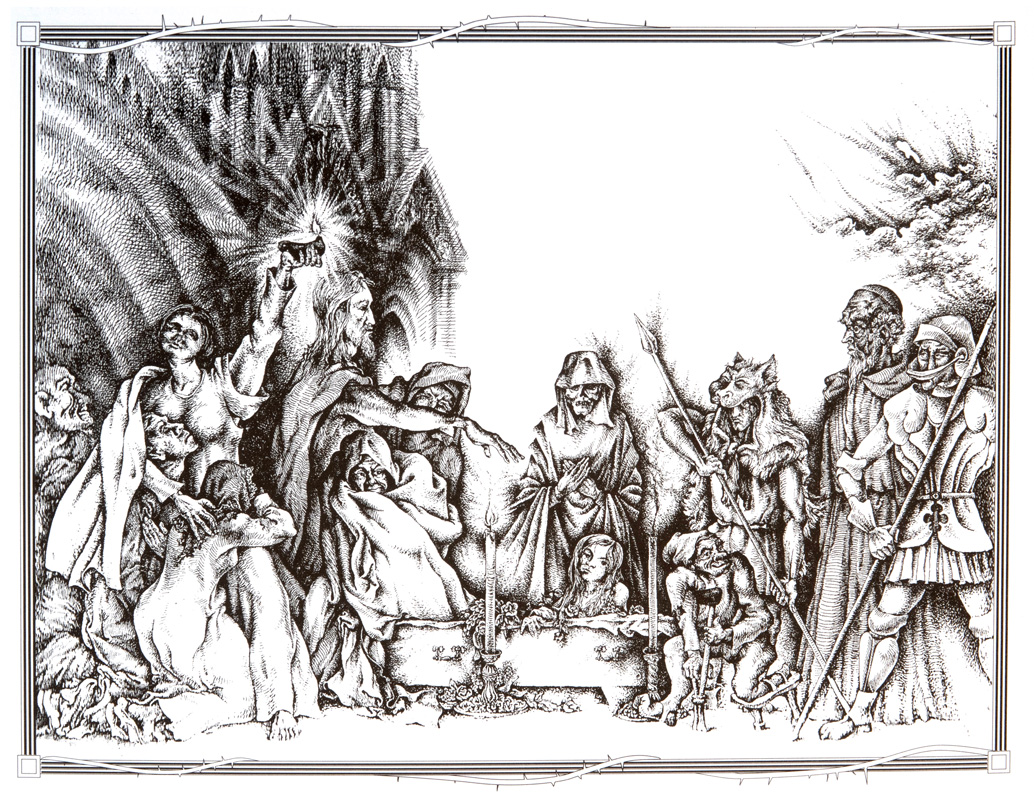 One of Yuri Seliverstov's illustrations inspired by "The Grand Inquisitor": the eyes of Christ and the Grand Inquisitor, surrounded by guards and servants, meet above the crowd.
(central part of the second triptych)